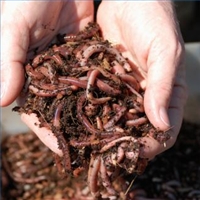 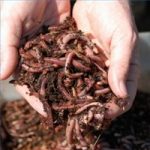 Worm composting, or vermiculture, provides students an opportunity to enrich their school garden, both literally and figuratively, and is an easy way to teach students that waste is in the eye of the beholder.  While learning and applying skills that satisfy Hawaii State Academic Standards,  students can study worms and how worm composting turns garbage into worm food and then  into soil nutrition for new plantings.

Use of school cafeteria and garden vegetable waste for the worm bin also provides opportunities for a variety of interesting experiments, and maintaining  a worm bin in the classroom can culminate in a school garden or class project using the finished super nutrient rich product as worm “castings” or worm “tea”.

By organizing students or classes into worm care teams, (or worm farmers!) they take on the responsibility of providing an optimal habitat for the worms. Such responsibility is an important component of student development and an added bonus to this hands on garden learning experience.   Contact Kirk Surry – School garden Coordinator for South Maui School Gardens Project to schedule a learn about worms class.

Thanks to Kihei School Garden volunteer Buck Joiner for donating our first red wigglers and their new worm bin home located in the KES garden.

Learn basic anatomy of a worm in real life by bringing your class to the garden for a fun and educational opportunity to bring your classroom lessons to life in the garden.

For more in-depth exploration of worm composting download a copy of “The Worm Guide – A Vermicompsting Guide for Teachers”.